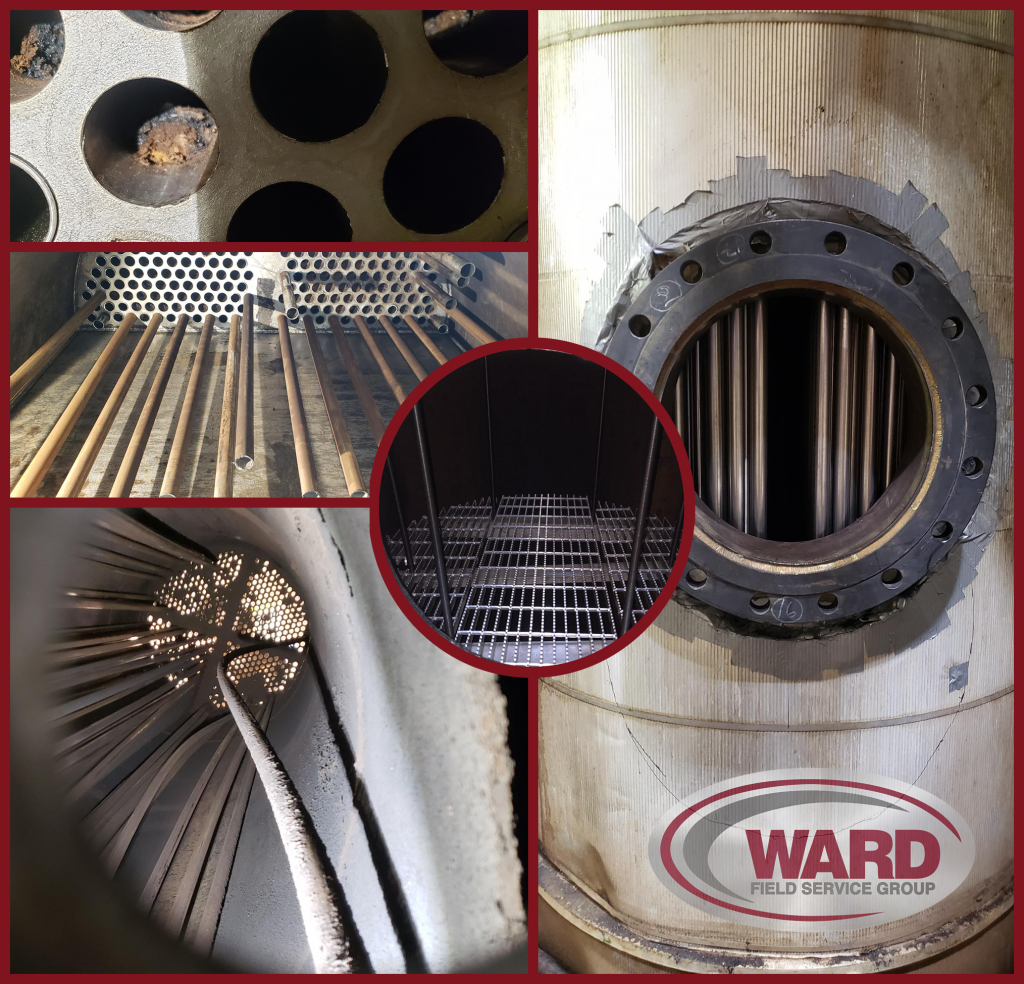 As we have been discussing, there are times when it is not possible to effectively repair a piece of equipment. This particular article is less about not being able to repair the equipment, but instead the need to think outside the box to approach a repair from a different direction than initially planned.

For those of you not in the business, it’s not “normal” to open the shell during a re-tube on a shell & tube heat exchanger. Typically, you pull tubes a few at a time, then install new tubes in those locations to maintain baffle orientation. In this situation, there were no baffles, so we were able to pull 100% of the tubes before beginning installing the new tubes. The fact that there were no baffles also made it possible for us to perform this repair.

Knowing we were going to have to get inside the shell to install a new impingement plate, we designed a manway to install in the shell vapor belt. In this case, having a manway in the shell did not create any process issues, so it was a good solution. We then had to create a safe working environment for our technicians. So, we engineered a hanging platform which ended up working great! It was rock-solid and made the impingement plate replacement a breeze.

Sometimes, you have to think about alternative approaches to save the unit.