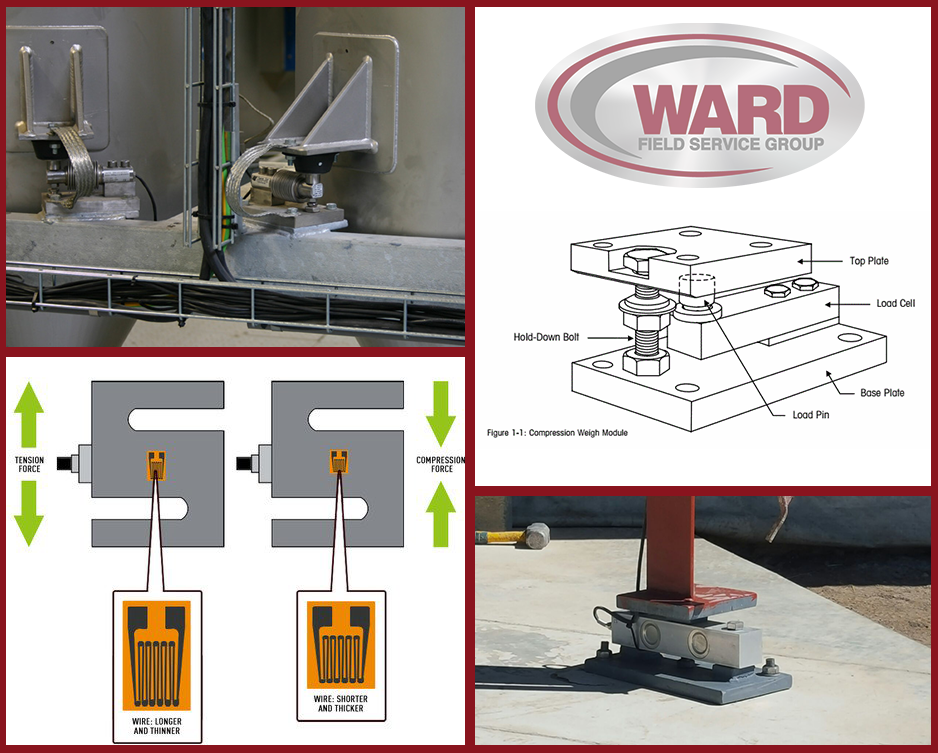 The “recipes” found in chemical processing often require careful measuring of raw materials to ensure final product quality. There are several different methods that processors use to make sure exact quantities are introduced into their reactors or vessels. One of the most common, Load Cells, is our topic in this column. There are three basic types of load cells, pneumatic, hydraulic, and strain gauge. The Strain Gauge type is the most common and what we will focus on here.

Strain gauge load cells, in the most basic sense, are similar to digital bathroom scales. They typically don’t use calibrated springs like old-school equipment, but instead, they use something called a strain gauge. A strain gauge is a type of transducer, which is a device that converts energy from one form to another. Specifically, load cells are force transducers, converting the kinetic energy of a force such as tension, compression, pressure, or torque into a measurable electrical signal. The strength of the signal changes proportionally to the force applied.

A strain gauge load cell is comprised of a solid metal body (or “spring element”) on which strain gauges have been secured. The body is usually made of aluminum, steel, or stainless steel which makes it very sturdy but also somewhat elastic. When the load is applied, the load cell is slightly deformed, but, unless overloaded, it always returns to its original shape. In response to the body shape changes, the strain gauges also change shape. This causes a change in the electrical resistance of the strain gauge which can then be measured as a voltage change. Since this change in output is proportional to the amount of weight applied, the weight of the object can then be determined from the change in voltage.

There are certain considerations that need to be addressed when performing repairs or alterations on tanks or vessels that are on load cells, especially with high voltage/current operations where an electrical arc is generated via a ground that is attached to the equipment such that an arc can be created (think plasma cutting, welding, etc.). The ground-to-arc location must be carefully chosen to keep the current from passing through the load cell, otherwise, it can destroy the strain gauges inside the load cells, requiring full replacement of the load cells. One method often employed to guarantee high current does not pass through the load cell is to electrically “jump” over each load cell with large diameter alligator clamps (think battery jumper cables). A large diameter cable that is connected to the vessel and ground at each load cell gives the current a path of least resistance to pass through to avoid that current running through the load cells.