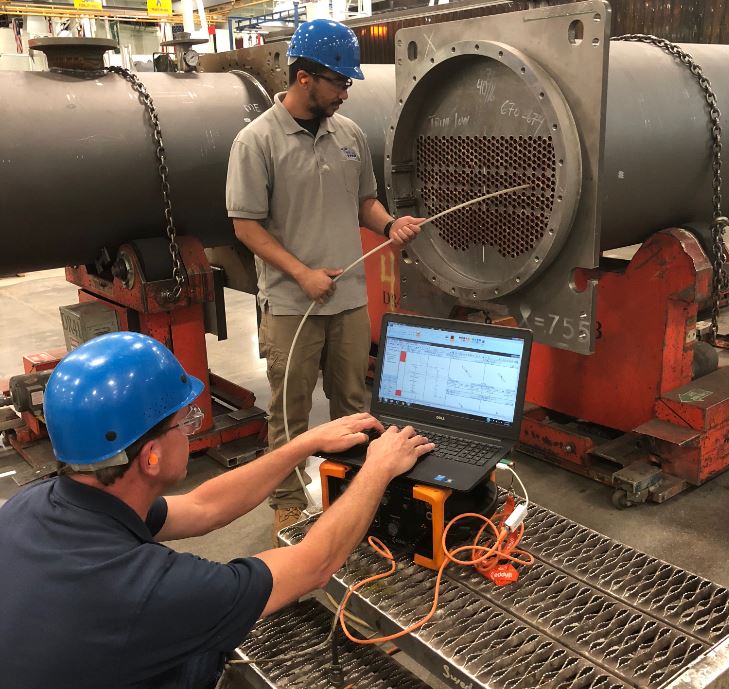 Eddy current testing (ECT) is a procedure commonly used to inspect heat exchanger and boiler tubing. This method uses the principals of electromagnetic induction to detect flaws or wall loss in tubing, either before or after the tubes are installed in an exchanger. After calibrating the instrument to a tube with known flaws, a probe is passed through the inside of each exchanger tube, along its full length. Electric current in the probe sets up a magnetic field in the tube, which is then detected by the probe and shown on the instrument’s screen. A skilled technician interprets the signals to identify flaws or wall loss in the tubing. Baseline eddy current testing is often performed on a new heat exchanger, so that results can be compared to later in-service tests to determine if changes have occurred after some time in service. Eddy current testing is an efficient, accurate and economical method of finding weakened or damaged tubes before an unexpected failure causes a costly shutdown.

Below is a closer look at the probe being used during ECT in the above photo. 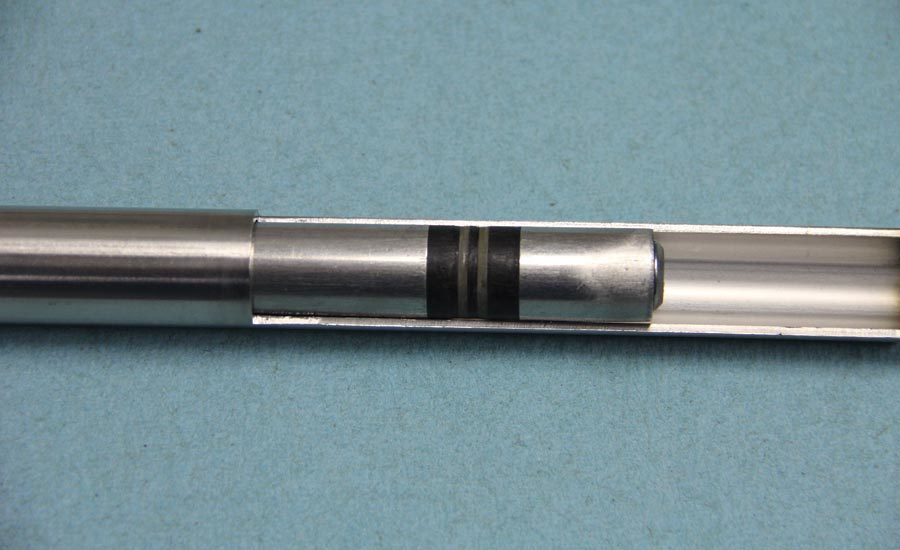