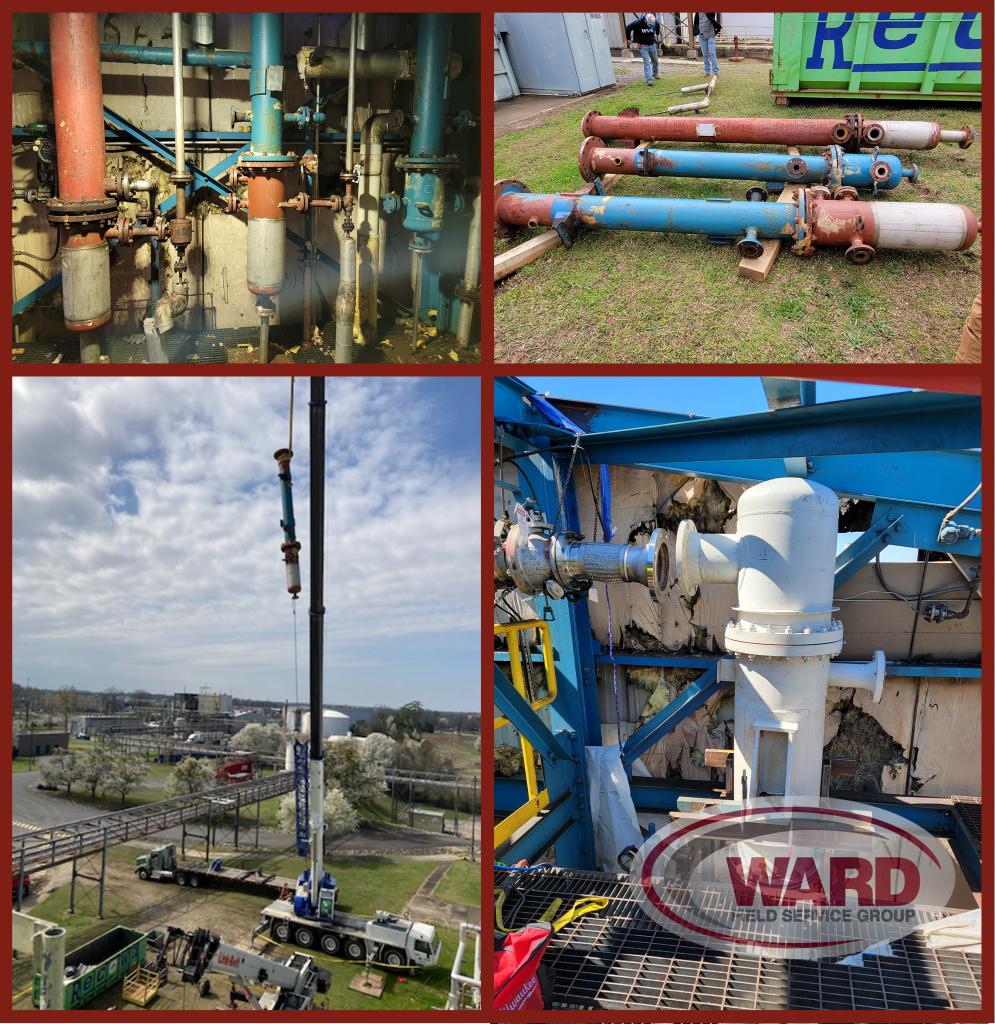 Ward was called on to evaluate and repair several heat exchangers in a solvent condenser system. The plant knew there were issues with at least one of these exchangers, because their shell-side water system was contaminated with their solvent, creating a very dangerous situation – the water had enough solvent in it to be flammable!

On test day, we found that all three exchangers were leaking significantly due to multiple pinholes and cracks in many tubes. It was far too many tubes to plug and expect adequate performance from the system.

At this point, the customer was in a bind, as they needed to restart the plant as quickly as possible, but they wanted to solve their dangerous flammable water situation.

Ward got to work on a solution, which included working closely with the customer to uncover the process needs so we could perform a thermal analysis to determine what size exchanger(s) would work in this application. Once that was established, Ward produced a new properly-sized exchanger within a couple of days.

We mobilized to the site again, complete with a crane, where we removed all three leaking exchangers, modified the mounting structure for a single, larger exchanger, installed that exchanger, and made the necessary supply and return piping modifications to support the new unit.

At the end of the day, the customer had a properly-designed single exchanger and a neatly laid-out piping system. All that work occurred in less than one week after the discovery of the faulty existing equipment.

Consider Ward for your next inspection/testing/design/fabricate/install project and reap the benefits of a single-call solution with the right capabilities to handle complex issues that include evaluating, engineering, fabrication, and installation of your critical process equipment.