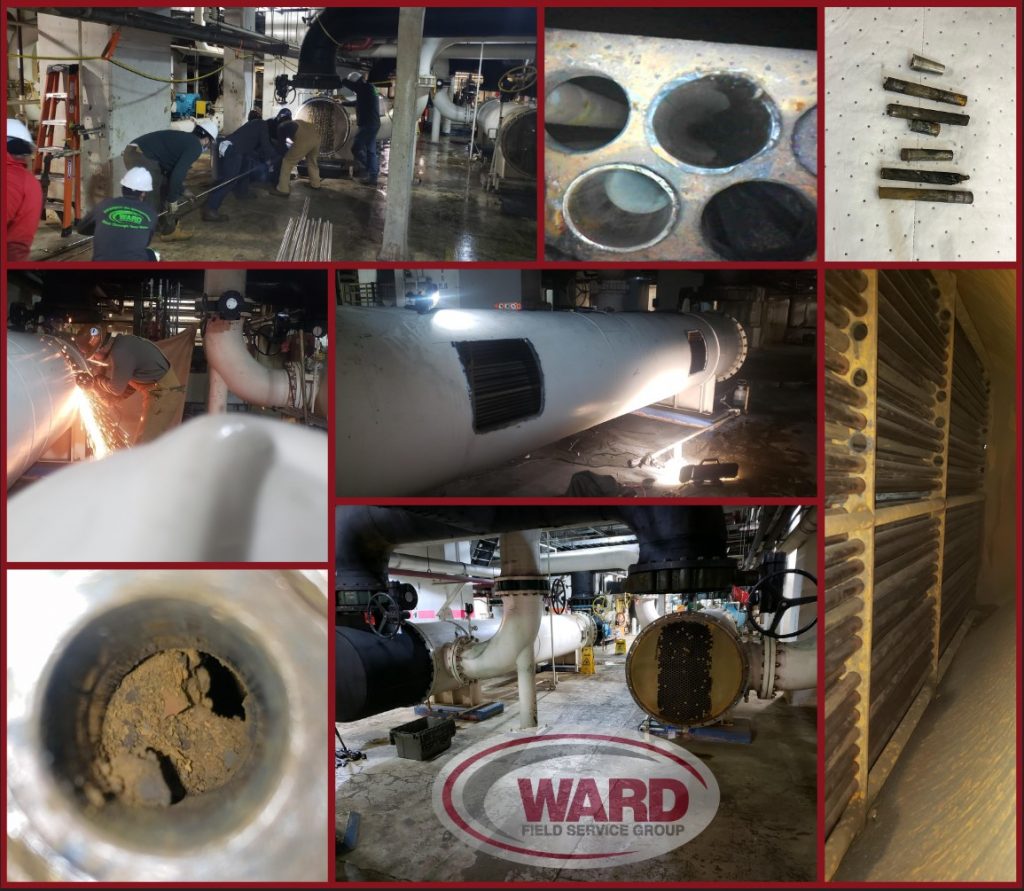 Condenser Re-Tube – A Virginia utility came to Ward with a challenging project to refurbish two large heat exchangers during an outage. There were options for doing them in parallel or sequentially. In the end, the customer chose to perform both re-tubes in parallel.

Many of the tubes were plugged during repair activities over the years. With river water on the tube side, some tube ruptures had led to lots of sediment and trash on the shell side of one unit in particular. This made the tube pulling very challenging and slow-going and made for a lot of unforeseen circumstances. The tubes were thin gauge and many broke in multiple places inside the shell, requiring several shell windows to be cut to access the broken tubes. All work was done in accordance with the NBIC Repair code.

The customer wanted “like-new”, fully efficient exchangers with no plugs. In the end, they got their wish and every broken tube was able to be extracted and replaced with a new tube.

All told, almost 1700 copper nickel tubes were replaced during several weeks of working around the clock. As a testament to the customer’s experience with Ward, we were asked to repair a second heat exchanger while we were on-site.

When you are up against complex projects involving shell & tube heat exchangers, check to see if Ward can be a resource for you. The ability to manage all aspects of this project, up to and including holding a VA Contractors License, holds Ward in a sweet spot for this kind of project.